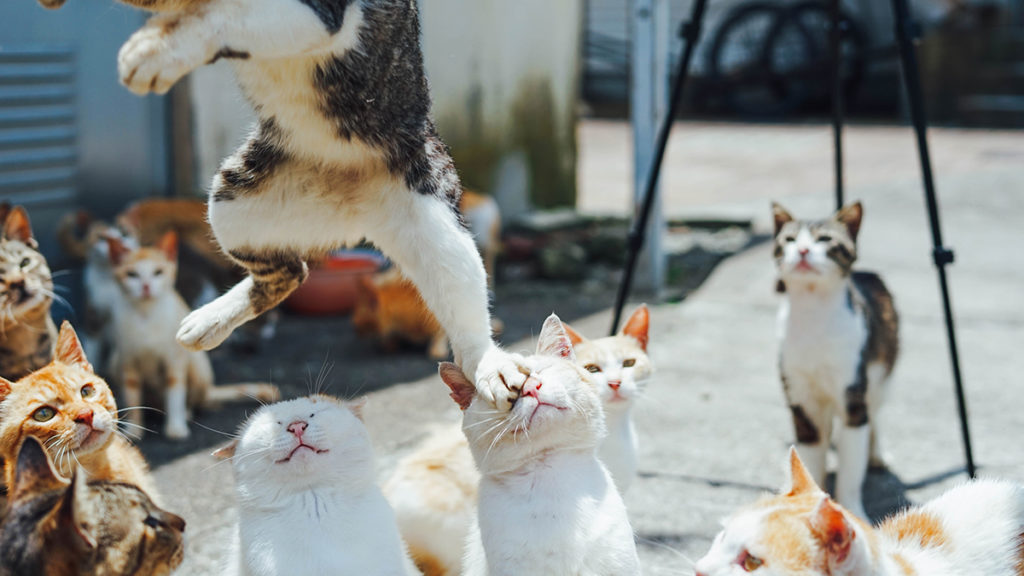 How to Gracefully Exclude Coworkers from Meetings, Emails, and Projects

You and about 20 of your coworkers are sitting around a crowded conference room table, discussing the details of some project. Some people are fighting for attention, trying to get a word in. Others won’t stop talking. Others have tuned the meeting out, retreating to their laptops or phones. At the end of the meeting, the only real outcome is the decision to schedule a follow-up meeting with a smaller group — a group that can actually make some decisions and execute on them.

Why does this happen? People hate to be excluded, so meeting organizers often invite anyone who might need to be involved to avoid hurt feelings. But the result is that most of the people in the meeting are just wasting time; some may literally not know why they’re there.

Whether it’s a meeting, an email thread, or a project team, people need to be excluded from time to time. Being selective frees people up to join more urgent engagements, get creative work done, and stay focused on their most important tasks. How, then, can leaders do this gracefully?

Focus on key employees to protect them from overload. Most leaders try to pare down a meeting list or an email thread by looking for employees who clearly don’t need to be on it. But we suggest the opposite approach. Who is the valuable, collaborative employee you are most tempted to include? Now ask yourself: is she really necessary?

We pose this question because one of the foundational concepts to thoughtful exclusion is known as collaborative overload. The term was coined in a 2016 HBR cover story from leadership and psychology professors Rob Cross, Reb Rebele, and Adam Grant. Drawing on original research, they claimed that up to a third of collaborative efforts at work tend to come from just 3% to 5% of employees. These employees are often massively over-burdened and, in turn, at risk for burning out.

If the same small group of people get invited to every task force, every special project, every brainstorming meeting, there’s no way they can keep up with more valuable tasks. That’s why the first step to thoughtfully excluding people is to spot those employees at the greatest risk for collaborative overload, and then be incredibly selective about when to include them in meetings or other projects.

Address people’s natural social needs. The acts of excluding and being excluded are intensely emotional, even when people know they’re invited to too many meetings and resent getting too much email.

That’s because humans are social creatures; we naturally want to help those whom we consider close to us. The employees who suffer from collaborative overload take on such heavy burdens in part because they are compelled by these ancient impulses. It’s the same reason leaders over-include: They want others to feel like they belong.

The kind of exclusion that doesn’t trigger backlash or stymie productivity must address people’s varying social needs. If we look at who suffers from collaborative overload the most, we end up with two groups: employees who are too busy to be included in everything and employees who believe being over-included is a sign of prestige and status.

It’s up to leaders, therefore, to identify both groups and show them their time is better spent on projects with the highest return. Sample language might be variations on:

When leaders approach exclusion with employees’ social brains in mind, they can be more thoughtful in how they frame their directive.

Set clear expectations. Exclusion only hurts when people expect to be included.

The neuroscience of expectations shows there’s a great cost to mismatched expectations. When the anterior cingulate cortex, a brain region heavily involved in expectation matching and processing social exclusion, detects an error, it kickstarts a process that drains huge amounts of cognitive energy. This happens every time we encounter something unexpected, like seeing a favorite restaurant closed or getting disinvited to a meeting we’d normally join. That’s because the brain wants to make sense of the situation; it expected one thing and got another. Leaders eager to get the most out of their team members, by redirecting their efforts to more valuable activities, must understand and appreciate this aspect of the brain’s behavior.

If you only need a small subset of people attending a meeting, communicate with the rest of the group to ensure each person understands why they are not needed. Laying this groundwork also helps mitigate what psychologists call “social threat.” Just as loud noises and scary images can feel physically threatening, humans are wired to avoid threats in social situations, whether it’s anxiety, uncertainty, or isolation.

Managing people’s expectations ahead of time can act as a buffer against people feeling these kinds of social threats. For instance, the brain craves certainty, and being explicit about meeting participants’ roles offers it. Most of us also crave fairness, which you can provide by being transparent about the reasons for someone’s exclusion. That way, people can be excluded without the sting of feeling excluded.

Leaders are responsible for appreciating these fundamental, albeit fragile, nuances of perception. When the time comes to launch a new project or host a big meeting, they should make it perfectly clear who needs to be involved, who doesn’t, and the reasons why. This way, employees will better understand how their role fits into the team’s larger mission, and with knowledge of other people’s roles, they’ll know who is working on what.

Think back to that chaotic meeting with 20 people. Thoughtful exclusion pares down that meeting to a core team of six or seven. Since the project manager now thinks hard about whose skills and time are most valuable — and whose would be better served elsewhere — she graciously decides you (and a dozen other people) have more important things to work on. As a result, the project reaches the finish line earlier and those employees who were excluded make greater progress on their own work.

Scale that behavior throughout an organization, and you have more people making better use of their time, tackling projects where their contributions are known, not assumed, to add value.

Exclusion may earn a bad rap in a climate where leaders are admirably sensitive about others’ sense of belonging. And it’s important to remember that thoughtful exclusion is only possible with an appreciation of the benefits of diverse perspectives and inclusive decision-making. But in order to avoid the dreaded logjam of over-inclusion, the brain science makes it clear that, with the right approach, thoughtfully leaving people out could become one of the greatest managerial moves a leader makes.

10 Skills You’ll Need to Survive the Rise of Automation

Automation is coming to the workplace.

Millions of jobs will be destroyed, but many jobs will also be simultaneously created in the process as well.

For those in the workforce – or for those just joining it for the first time – the big question is: what skills are needed to navigate this monumental shift in the economy? How will humans create value in an increasingly automated world?

A culture is simply the collection of beliefs on which people build their behavior. Learning organizations — Peter Senge’s term — classically focus on intellectually oriented issues such as knowledge and expertise. That’s plainly critical, but a true growth culture also focuses on deeper issues connected to how people feel, and how they behave as a result. In a growth culture, people build their capacity to see through blind spots; acknowledge insecurities and shortcomings rather than unconsciously acting them out; and spend less energy defending their personal value so they have more energy available to create external value. How people feel — and make other people feel — becomes as important as how much they know.

THE 2018 Deloitte Global Human Capital Trends report showcases a profound shift facing business leaders worldwide: The rapid rise of what we call the social enterprise. This shift reflects the growing importance of social capital in shaping an organization’s purpose, guiding its relationships with stakeholders, and influencing its ultimate success or failure. 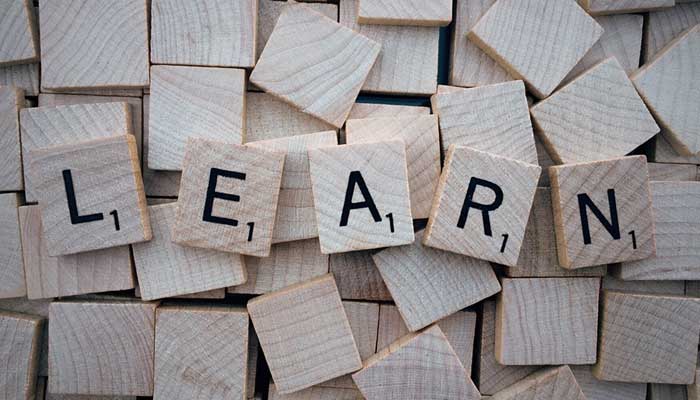 The concept of learning is changing

Gone are the days of following a one-size-fits-all approach where the trainer or lecturer is the all-knowing keeper of knowledge. It is becoming increasingly immersive and self-exploratory with developments in augmented and virtual reality, access to information, and learning that is immediate, personalised and readily-available. 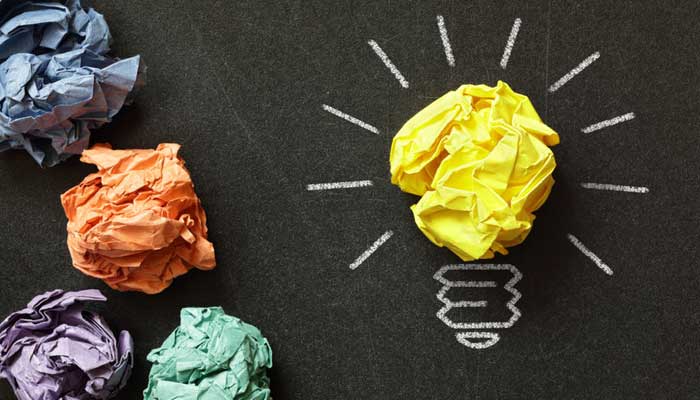 Design thinking – What It Entails

Quintellius, a Roman theorist, proposed the following questions to understand the context for solving tasks in an inventive manner: who, what, where, with what, why, how and when. We have used this approach to address design thinking in learning.